80th anniversary of The Screwtape Letters 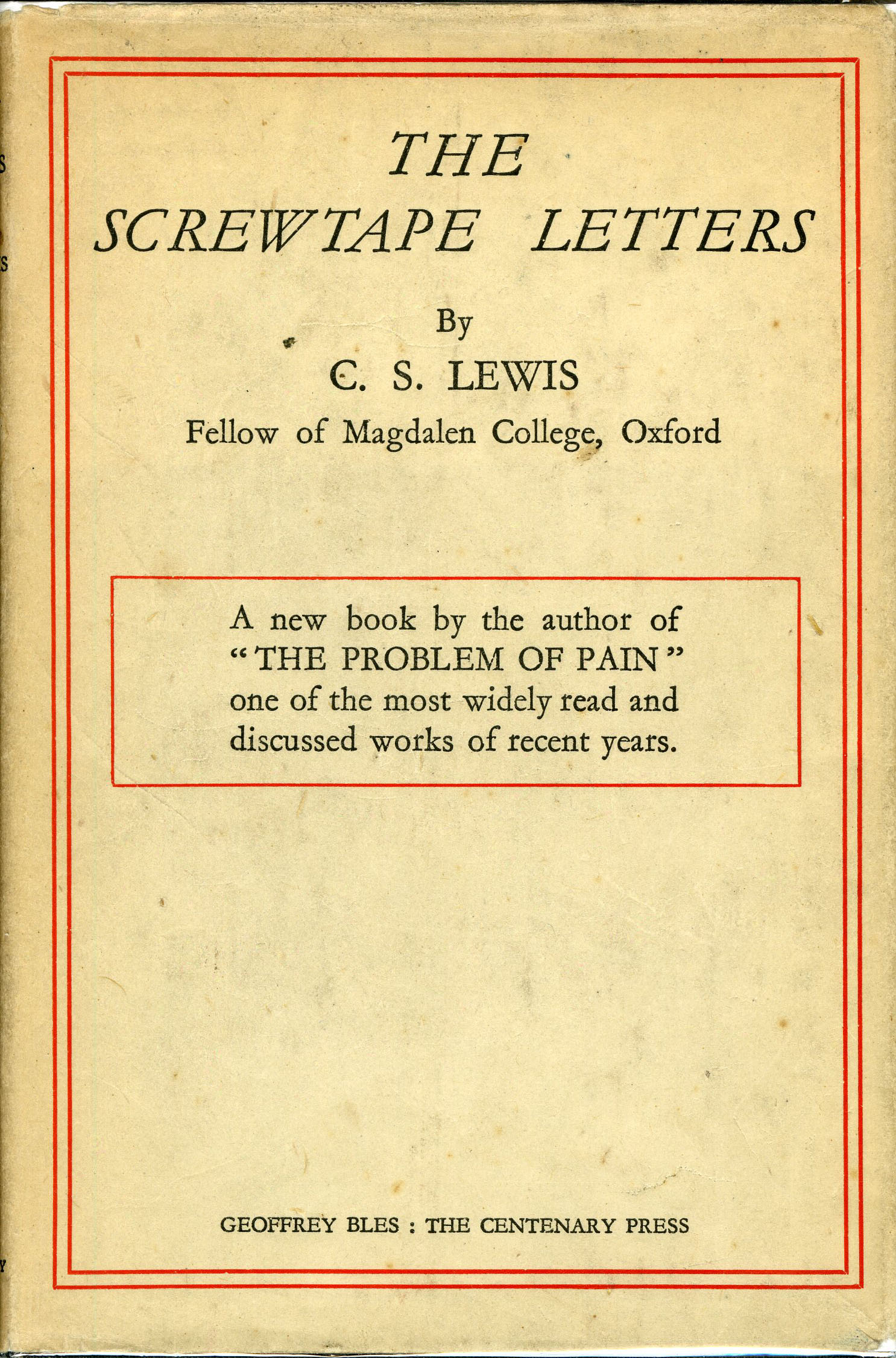 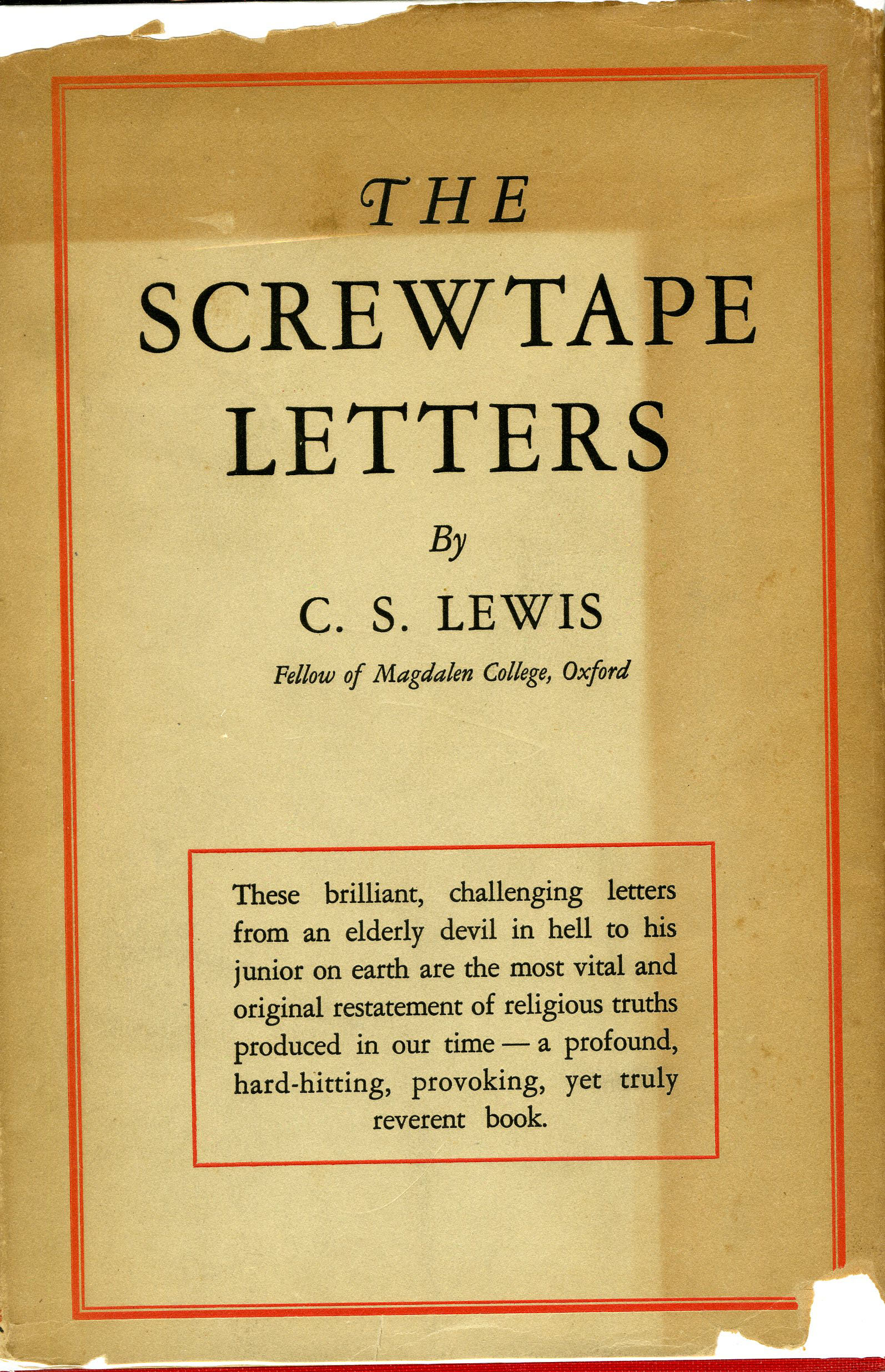 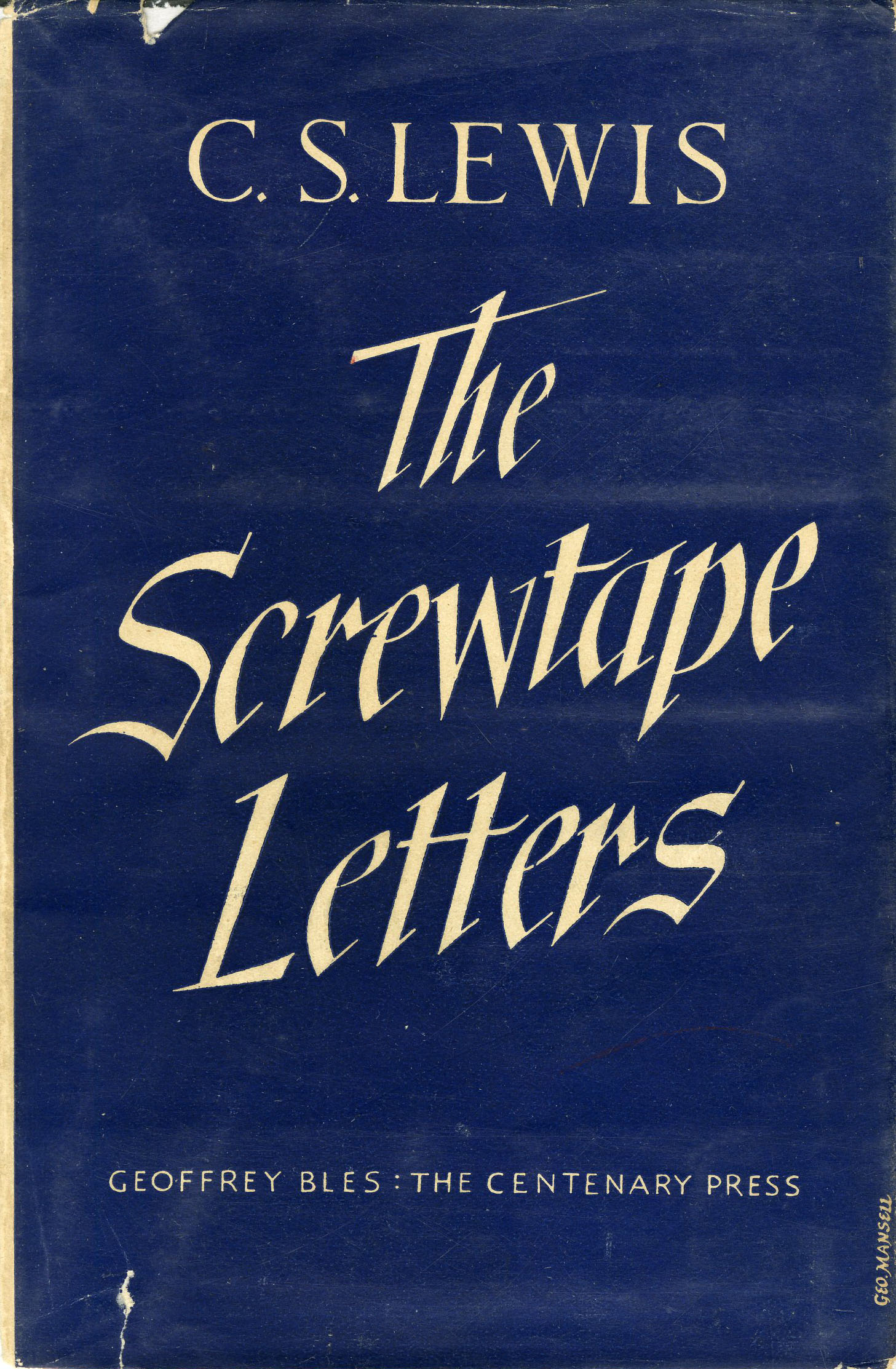 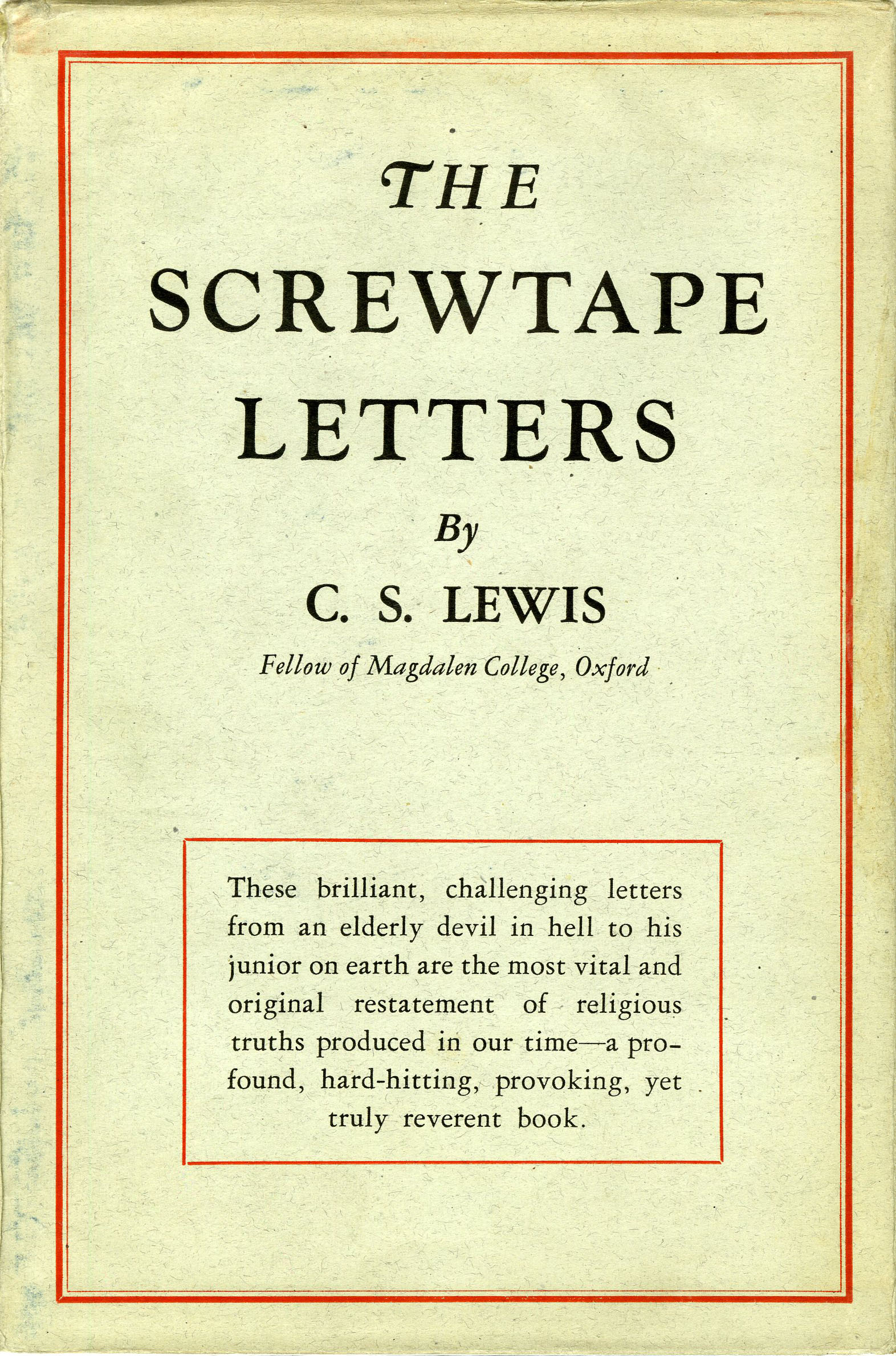 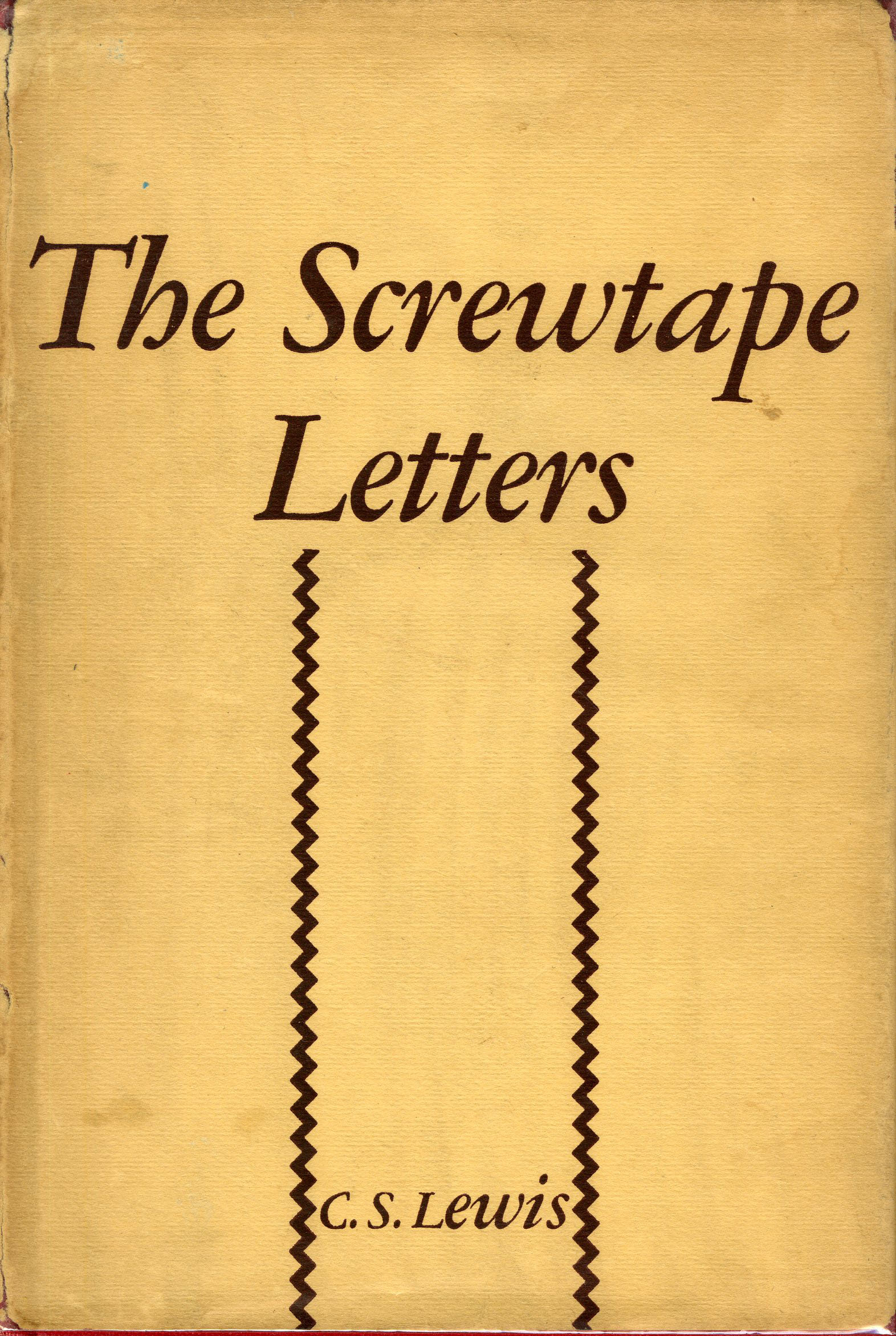 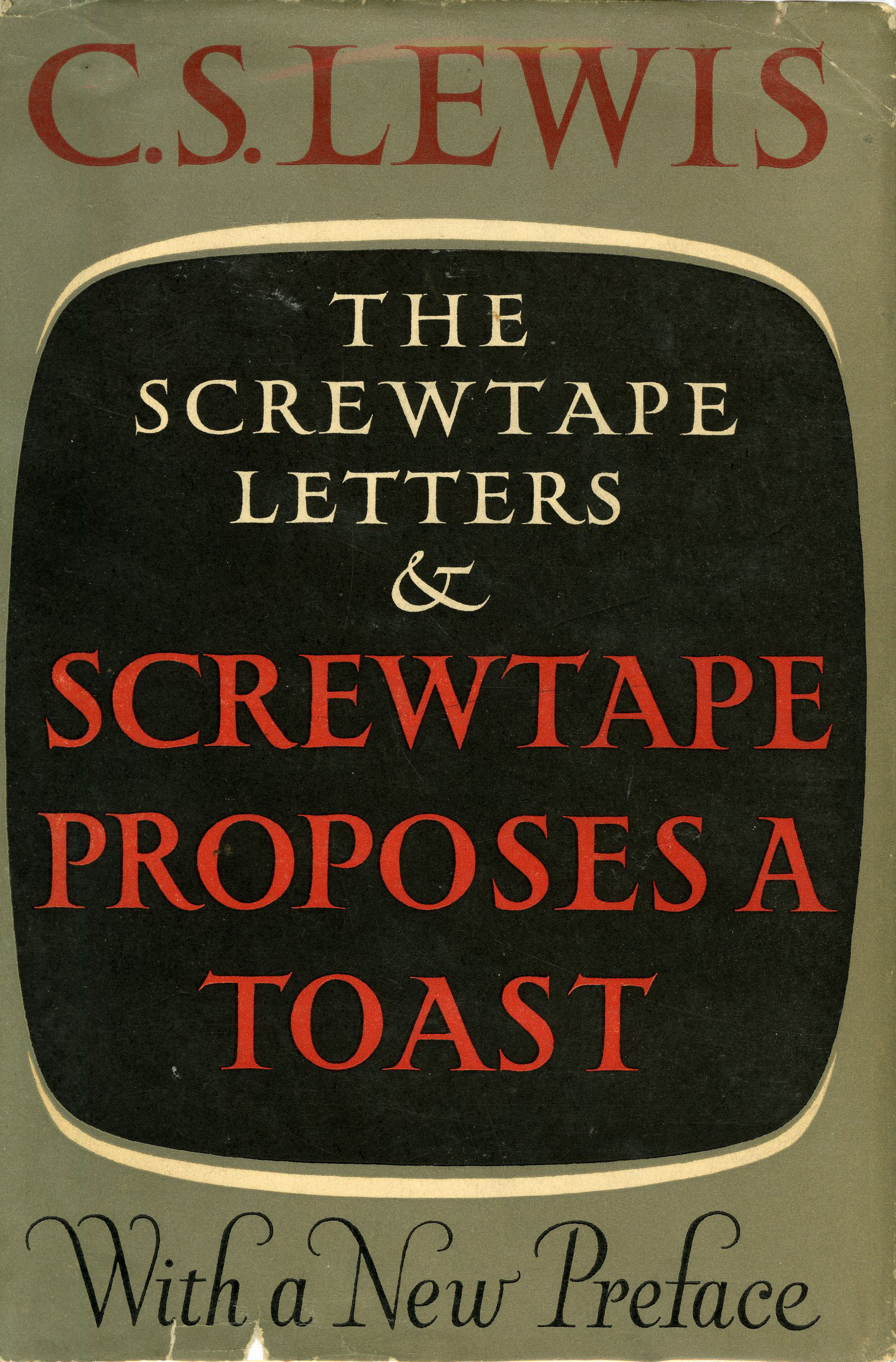 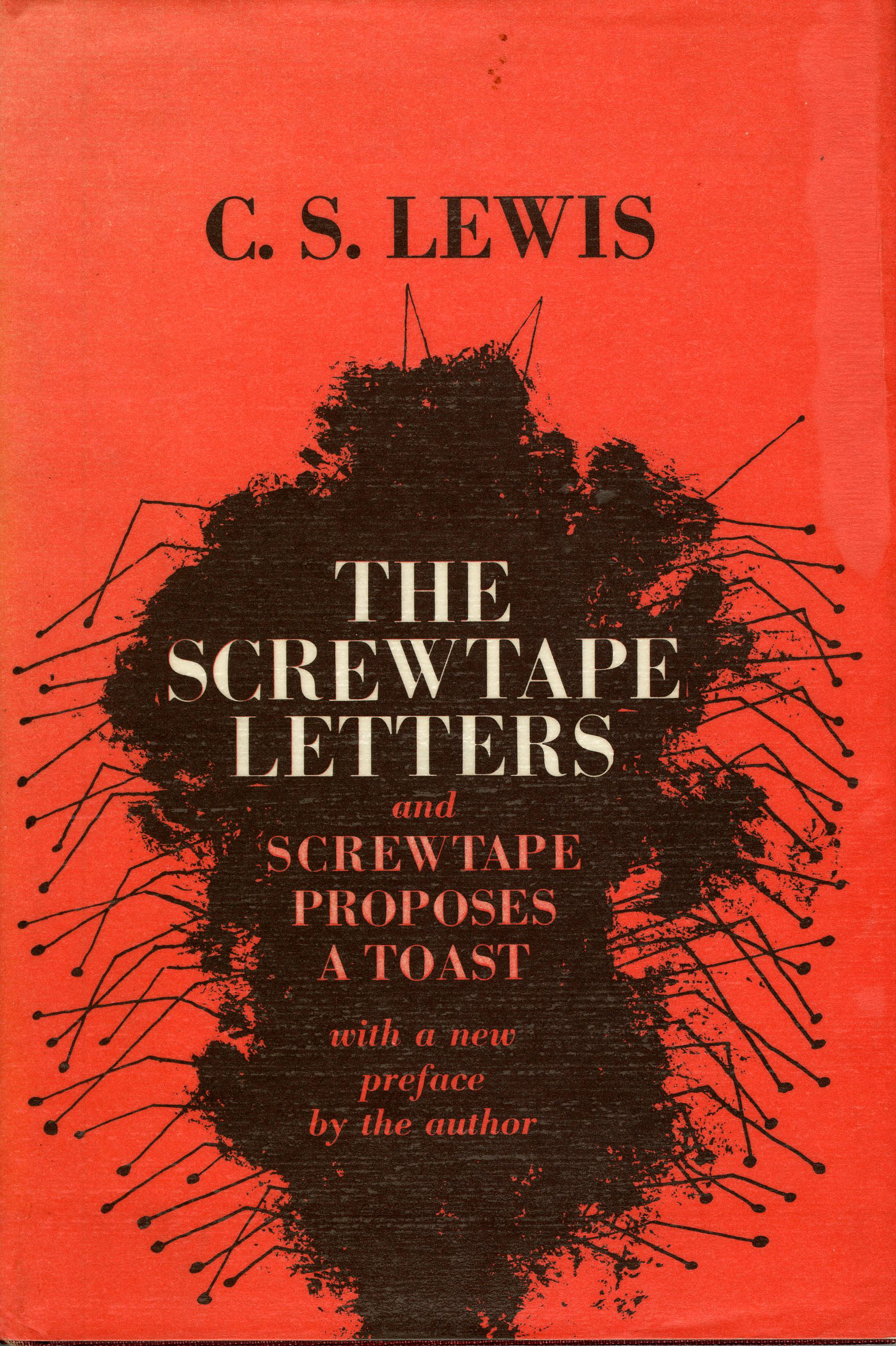 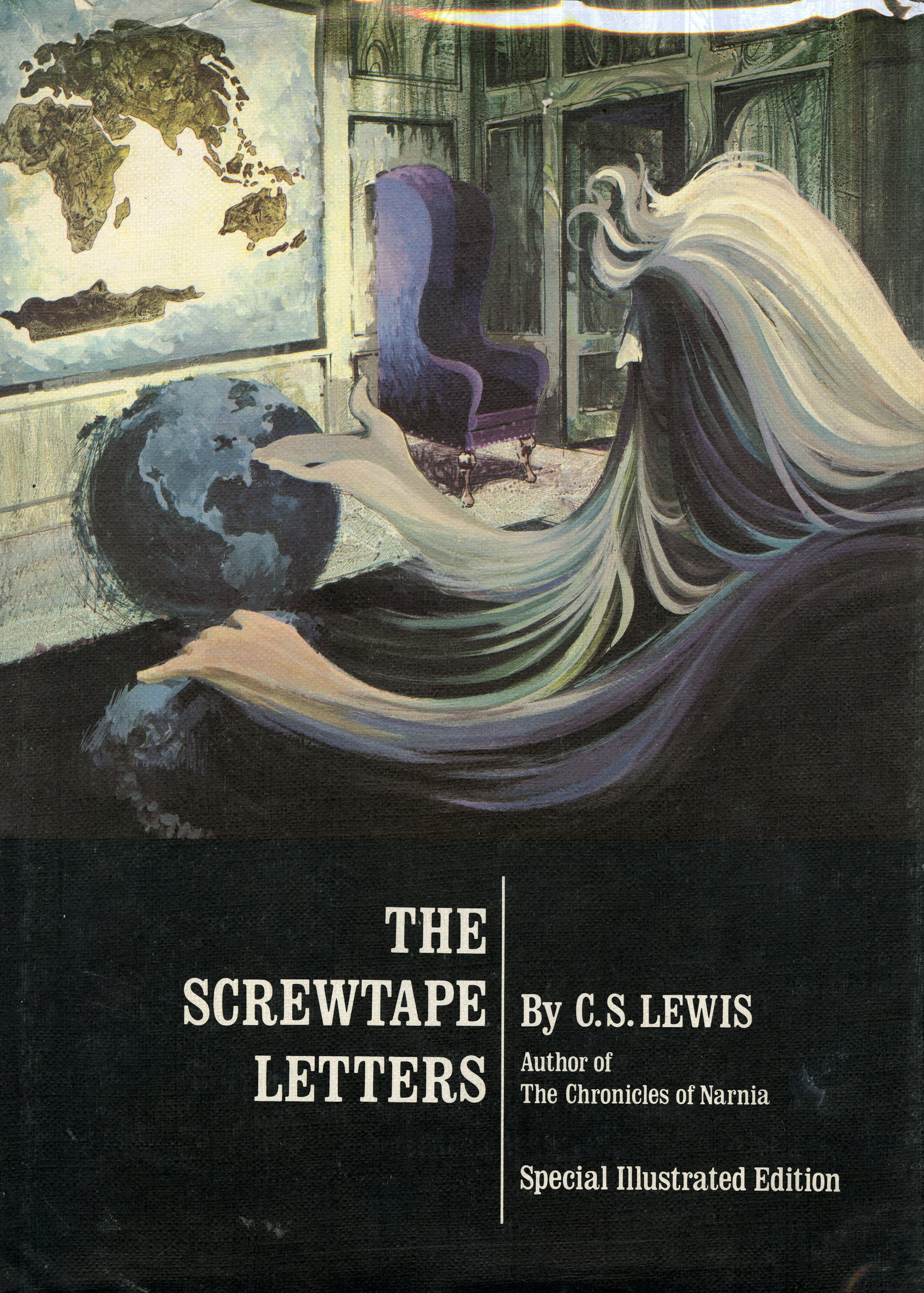 The Book That Made C. S. Lewis Famous: The Screwtape Letters

By Monika Hilder, Co-Director of the Inklings Institute of Canada

This February 9, 2022 is the eightieth anniversary of the book that made C. S. Lewis famous: the theological fantasy The Screwtape Letters. But who, in our time, pays attention to the views of an octogenarian? And if so, when, and why? At The Screwtape Letters’ publication, The Times Literary Supplement  reviewer wrote, “. . . Mr. Lewis has contrived to say much that a distracted world greatly requires to hear.”1 Eighty years later, our question in 2022 is this: is Screwtape Letters still something that a distracted world greatly needs to hear?

This book of thirty-one fictional letters, written and set in the Second World War, gives Hell’s view of how temptation works in a human life. In the voice of the senior devil Screwtape giving advice to the junior devil Wormwood under his tutelage on how best to seduce his appointed human, referred to as the Patient, Lewis shows how through supposedly everyday trifling choices a devil may secure a human soul for Hell—or lose him or her to Heaven.

It’s surely significant that Lewis got the idea for this book days after he had heard Hitler’s speech on the radio in 1940, and wondered if he was “weaker than other people,” realizing that “while the speech lasts it is impossible not to waver. . . . Statements which I know to be untrue all but convince me . . . if only the man says them unflinchingly.”2 (Let those who doubt their own susceptibility to the power of mass formation beware!) The key devilish tactic, which Screwtape advises for the modern age, is to play on human emotion—use “jargon” and “the pressure of the ordinary,”3 and, at all cost, avoid reason, because there you play into the Enemy’s (i.e. God’s) territory.

While Lewis said he’d “never written anything more easily,” he also “never wrote with less enjoyment.”4 He enjoyed it even less when he read the “ghastly”5 article on him in Time magazine September 8, 1947, which featured his image on the cover with the caption: “Oxford’s C.S. Lewis: His Heresy—Christianity”; the title of the article, “Religion: Don vs. Devil.” (For further reading on the 1947 feature in Time, I recommend starting with Inklings Institute member Brenton Dickieson’s blog.) With the success of The Screwtape Letters,  Lewis had catapulted to international fame as an Oxford scholar who wrote about theology for popular readership. Certainly, much of Oxford academe was no friend to professors who were outspoken about their Christian faith, nor to those who wrote for the general public (and worse, became celebrities as a result), but to commit both academic sins was perhaps the equivalent of high treason, and therefore career suicide. Even Lewis’s good friend J. R. R. Tolkien, to whom Lewis dedicated the book, was unhappy: 1) that the book was dedicated to him;6 and 2) that Lewis, as a lay person, dared to write about theology which in Tolkien’s Catholic understanding should remain the sole domain of the clergy.7 To this objection Lewis, a Protestant, replied that he would stop explaining Christian doctrine to lay people once it was properly explained from the pulpit.8 (But not all of Oxford so shunned Lewis: Oliver Chase Quick, Regius Professor of Divinity at Oxford University, believed that for Lewis’s theological writings “put to ordinary people” he ought to be awarded the highest degree that the university could give: a Doctorate of Divinity.)9

It’s noteworthy that Lewis chose to depict Hell as a bureaucracy, stating that in the modern “Managerial Age[,]” the “greatest evil” is done by “something like . . . a police state or the offices of a thoroughly nasty business concern.”10 Moreover, as in That Hideous Strength published in 1945, Lewis portrays evil in the context of education, the sphere he knew best—in The Screwtape Letters, the senior devil acting as lecturer to his pupil Wormwood. And of the many temptations known to humanity featured in this book, there is one that is particular to academe (and, therefore, to general culture)—that of “the Historical Point of View.”11 Here, Screwtape emphasizes that scholars who examine older books merely from the perspective of historical context, and are likewise influenced by “hazy ideas of Progress and Development,” are “the least likely to acquire wisdom by doing so” since they have been taught by Hell to never ask one question: Is it true?12 Thus, truth is hidden from the learned under the guise of the argument of historical context, by which earlier ideas are not considered for their permanent value.

To return to my question on the possible relevance of this eighty-year-old book, let me answer with this comment: over the years my twenty-something-year-old students reading The Screwtape Letters for the first time have exclaimed how acutely accurate Lewis’s depiction of the nature of temptation is. I can only wholeheartedly concur. How ever did he do it? The answer is simple: Lewis, whom Walter Hooper declared as “the most thoroughly converted man I’d ever met,”13 knew himself to be a sinner—to a greater degree, I’d argue, than most of us at the best of times (meaning, when we feel worst about our sinful condition). And together, knowing this about himself and being a shrewd observer of the human condition, in this book Lewis was able to describe much that we ought to know about ourselves. And so, some of us acknowledge that our beloved Tolkien was sometimes wrong—and we are glad, supremely glad, that The Screwtape Letters is among the books whereby we can agree with John Updike’s comment: “I read Lewis for comfort and pleasure many years ago, and a glance into the books revives my old admiration.”14 Likewise, in the words of one of my current C. S. Lewis students Aiden Braun in answer to my question, “Why Lewis?” he stated, “Lewis puts steel in my spine and blood in my veins.”15

One word of caution in reading The Screwtape Letters: as Lewis stated in 1941, “Readers are advised to remember that the devil is a liar. Not everything that Screwtape says should be assumed to be true even from his own angle.”16 Also, perhaps Lewis would advise readers of all of his writings something like this: “Don’t take my word for it. Heaven forbid! If anything I have written rings true, praise God. And please, oh please, do discard the rest!”